Ever since Momentum set foot in this institution, I am continuously astonished by their actions, which aim at nothing but harming their own country.

The very same Momentum defined itself at their foundation as a “refreshing element of the opposition” and was mostly composed of newcomer politicians. 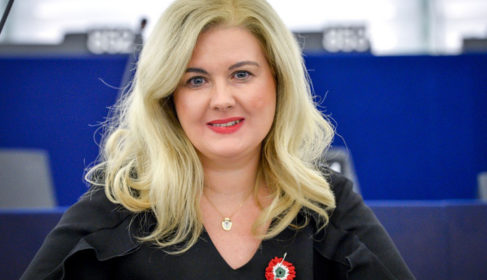 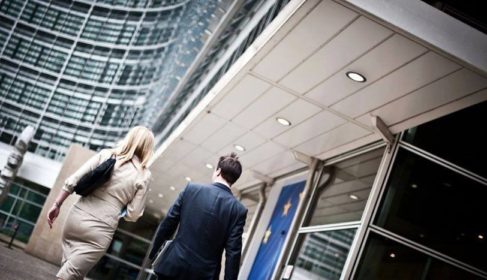 They stressed that if they are to build a truly successful Hungary, “they have to look past the left-right political divide, put aside ideological differences, and build bridges so they can work together for a common future”.

This might have been a genuine statement from them in 2017, however their activities have proved something totally different ever since.

But what can we really expect from a party that was founded with a sole goal of destroying something?

Because this is exactly how they were created in 2017 with the aim to prevent Hungary from hosting the 2024 Summer Olympic Games.

As a new and “independent” force in Hungarian politics, they submitted a petition demanding a referendum in Budapest on an event seen as symbolically important for our sport-friendly nation. In order to avoid the bad reputation of the country, the bid was finally withdrawn.

Their recent cooperation with far-right Jobbik on a local level also shows that their ‘early values’ are not important anymore.

Currently, the only goal of the Hungarian opposition parties from far-right to the left-wing is to defeat Fidesz and for that they have to overcome ideological differences, no matter what the price. But does Momentum really think that cooperating with the far-right is in line with European and liberal values? I truly think it is not.

Fidesz, Hungary’s leading political party is different from Momentum in all possible aspects.

We stress that the family is fundamental and we believe that it has to be protected. Momentum denies this on the other hand. We strongly believe that it is our responsibility to preserve Christian values. We are against the dangerous liberal immigration measures while Momentum is pro-immigration everywhere possible.

Within the EPP, we have a healthy political debate about the most pressing issues of the EU. Fidesz believes that the revival of the Union should be based on the nation states that constitute it.

We are supporting enterprises and families with low taxes. We want that more children shall be born in member states, thus requiring fewer and fewer economic migrants from outside the European Union.

Some colleagues in the EPP think differently on these issues but we are here to convince them that Christian democratic values are still worth fighting for.

Nowadays one can see that the whole European political spectrum has been continuously shifting to the populist leftist and liberal side, which in fact have little in common with classical leftism or liberalism in their concrete programs anymore.

In case of the EPP this means that its position is drifting from the right side to the mainstream. If the EPP keeps going in this direction, Fidesz has not much chance to stay in. It all depends on what conclusions will be drawn by key decision makers of the EPP from the contradictory tendencies of recent years.

But the fact is that a strong Fidesz could contribute to the success of a strong EPP.

The future will be determined by Europe’s way of handling demographic problems, and whether it can retain Christian values and stay competitive amid global challenges. For us, Hungary will come first in Brussels, too, and we will cooperate with everyone who wants to stop immigration.

The outrageous accusations of leftist, liberal, green and communist politicians against Fidesz are now ongoing for a long time, and are not expected to stop anytime soon.

It is unique however, that MEPs outside the EPP group, like Katalin Cseh, give instructions on our party’s membership.

Obviously our rivals attack Fidesz because they want to weaken the EPP and its member parties in the course of the political fight for influence over the future directions that Europe should take.

We all know that the EPP can only stay strong if it is united. Our aim is to preserve this unity.